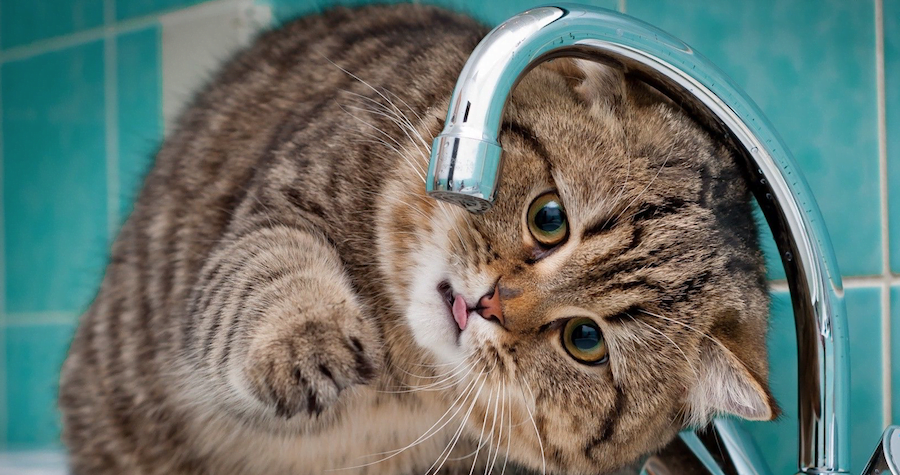 We spend a lot of time delivering insurance tips regarding common homeowner concerns. Worried about weather damage, fires, break-ins, and fluctuations in the value of your home? Our insurance blog has you covered!

But what about those unanticipated scenarios, the ones that range from amusing to downright comical, until they happen to you? These stories make the local news or at least become a part of your community’s urban/suburban lore. And while most of you will remain no more than spectators to these seemingly absurd circumstances, the intent of the article below is to show you that anything (and we mean anything) can happen. And hey, if it gives you a chuckle along the way, there’s nothing wrong with that. Thanks to proper insurance coverage, even the most wacky events can have happy endings.

5 Unpredictable Homeowners Insurance Claims that Prove Anything Can Happen

We don’t want to give you paws for alarm (you read that right), but if you own a cat or agile pup and have a sensor faucet installed in your kitchen or bathroom, you’ll want to take note. A recent report coming out of the Ontario Insurance Adjusters Association’s (OIAA) 2018 Claims Conference drew attention to a new risk plaguing some homeowners. That risk has a clear message – frisky kitties and motion-activated faucets don’t mix.

Floods have been caused by curious cats waving their paws under these appliances. All that it takes is a dish rag to block the drain and a “home alone” pet can set the wheels in motion for water damage woes. Claims referenced in the report have been adjusted, but homeowners will want to avoid the whole mess in the first place. If you own a pet, and you have any sensor activated appliances which could potentially damage your home, you may consider turning the feature off. 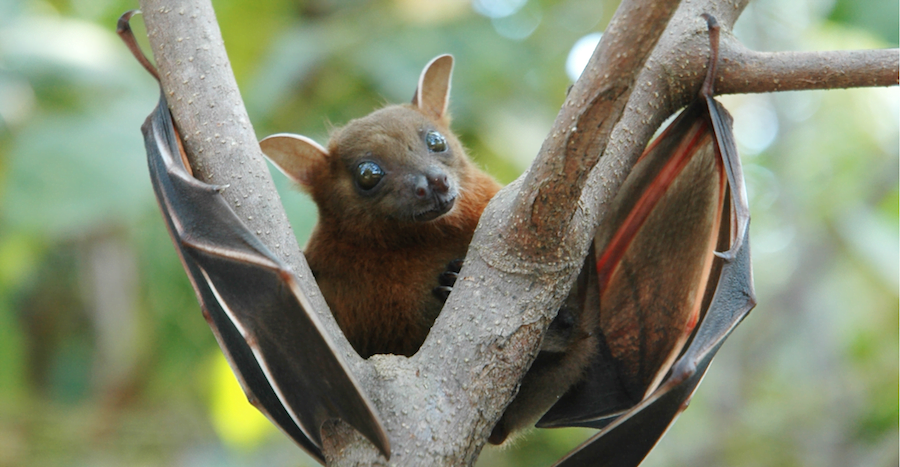 CTV News recently reported on a family dream home being overrun with what the homeowner calls “mini pterodactyl”. While it turns out the creatures were not of prehistoric origin, but in fact bats, the discovery was no less frightening.

The 150-year-old farmhouse passed inspection before the family took occupancy in 2015, but there was a sealed attic that went unattended. There were odd smells in the warm summer months, but this was dismissed to typical farmhouse odor (mice, etc.) Then, this past summer, the family witnessed droves of bats flying from their home. They brought in a bat specialist (who wants to sign up for that job?) who quickly confirmed an infestation, one that had been in the attic and walls for decades. The smell had been coming from one to two feet deep piles of bat excrement (guano). Bat guano can cause histoplasmosis, while bats can carry rabies. Suffice to say the family with three young tots was more than distraught.

While the insurance company did cover this particular claim, most policies only cover damage that occurred in a single, identifiable event, not over an extended time period where some kind of preventative action could have been taken.  Therefore, don’t ignore the scuffles, snuffles and smells!  If you think you might have an animal problem, get it investigated right away.

This family’s supposed dream home is currently being rebuilt to its intended status and all is well, but they certainly have a batty story to tell.

We knew that would grab your attention. But this is no bait and switch, as there is a real (albeit rare) risk regarding human feces falling from airplanes.

Two years ago, a Canadian woman claimed a frozen lump of excrement from a plane passing overhead tore through the roof of her mother’s house. They returned home to find insulation, drywall, ceiling material and shattered bits of wood on the hallway floor in a bluish liquid puddle. Both the insurance appraiser and roof repair specialist were quoted as saying it was the “strangest thing they had ever seen”. The roofer concluded that the event was likely the result of “blue ice” – an expression for frozen excrement that can accidentally leak from planes flying overhead. The blue color comes from the disinfectant used by commercial plane sewage systems. While airlines are forbidden (nor able) to dump waste tanks mid-flight, leaks can occur.

Fortunately, no one was hurt in this, or many of the other similar instances occurring across the globe. However, is such an unpredictable event covered? The Insurance Bureau of Canada (IBC) notes that falling objects (excluding objects propelled by a snow slide or earth movement) come under the Insured Perils classification. Your insurance adjuster would have to make that final call. But let’s hope that this is one unusual claim you can avoid. 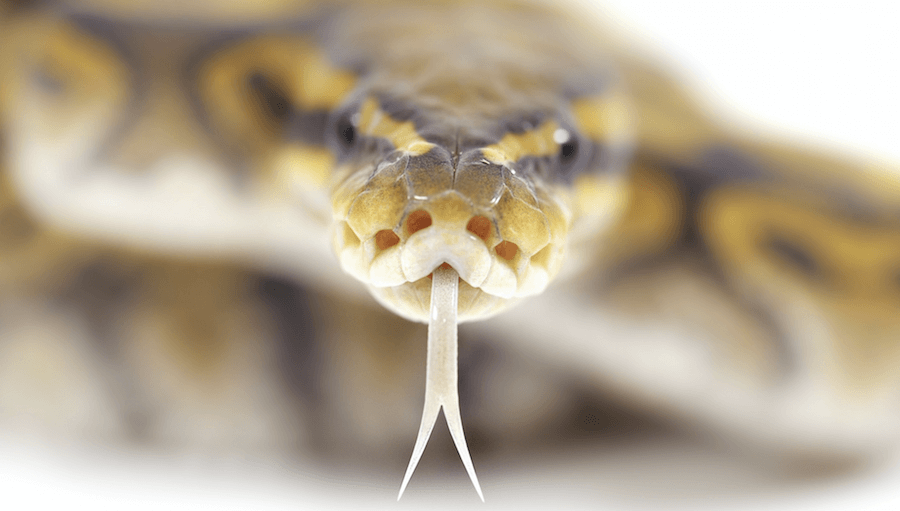 It may seem like we’ve got a running theme of toilet humor here, but it’s not our fault that unusual homeowner insurance concerns relate to the topic. One especially startling one involves snakes, in the can.

There have been many movie scenes that have depicted a snake rising out from the toilet to startle an unsuspecting “occupant”, but it turns out this scenario is steeped in reality. Last year, a family in Texas frantically called a professional snake removal service to report that a rattlesnake had peeked its head out of their toilet when their young son wandered into the bathroom. The snake removal expert not only confirmed the fact that it came though the family’s pipes, he discovered a total of 23 rattlesnakes curled up under the home and around the plumbing system. This story is not all that rare. News media over the years have reported on snakes, either endemic to the region or escaped from a nearby exotic pet store, having found their way into household water basins, toilets included.

If you live in an area frequented by reptiles, you may want to look twice before taking a seat on your throne, and talk to your insurance broker about whether or not you’re covered for wildlife removal. 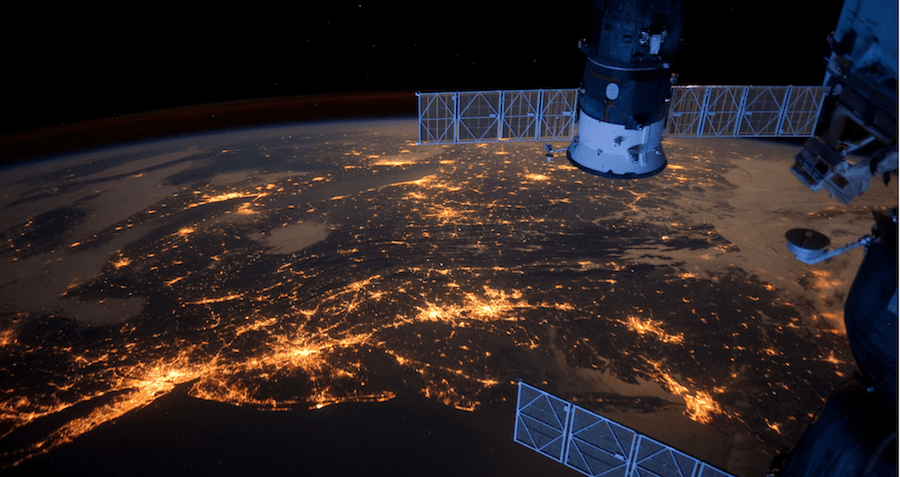 If there is one consistent theme in this article, it’s to note that there is no limit to the hijinks that the universe can drop through the roof of your home. You can take that statement literally.

There is a historical record of insurance claims coming from homeowners who have had a wide variety of space debris come crashing down on to their property. This space junk includes satellite components, comet fragments, small meteors, and more. Claims Canada references an insurance report titled Space Risks: A New Generation of Challenges, which notes that there are currently more than 35 million objects in orbit, ranging from defunct satellites to rocket boosters to broken space exploration equipment.

A few years ago, the story of pensioners Peter and Mair Welton made headlines across the world after a small hunk of manmade space junk crashed through their roof (video here). Thankfully, the Welton’s and their visiting family were not hurt, but they were certainly startled. European Space Agency and NASA consultation confirmed the junk to be space debris which was likely orbiting for over a decade before entering our atmosphere.

Like frozen airplane excrement resulting in household damage, the equally rare occurrence of descending space junk may be considered a part of insured perils coverage. That being said, there is little precedent for this in Canada, so keep a careful eye on the sky.

The point we’re trying to make, is that no matter how unlikely, stuff (bat stuff included) happens. And when it happens to you, you want to make sure you’re working with an independent broker who has seen it all. And believe us, we have seen it all. Contact Park Insurance today to prepare for whatever the wild and wacky world throws your way.