Only a BC Driver Knows 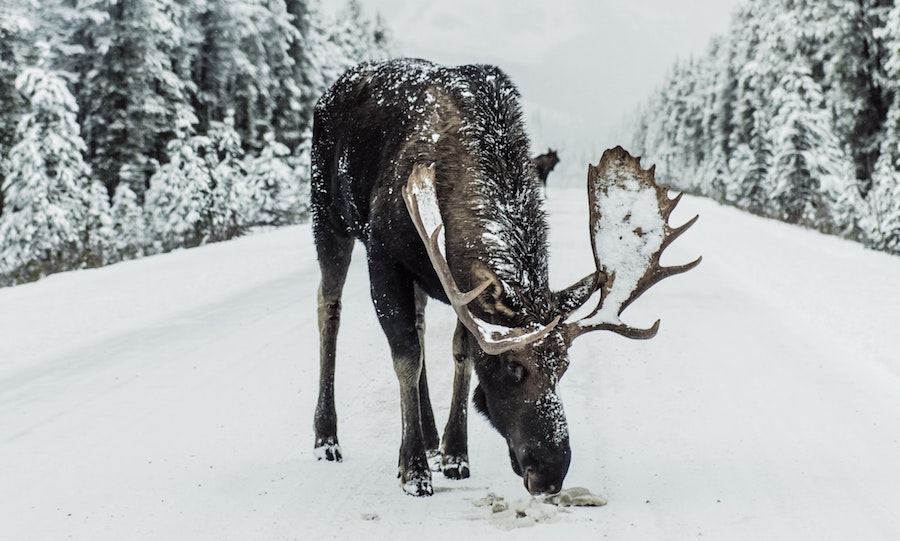 British Columbia is unlike any other province in the country, and for the most part this is a good thing. That said, there is some unique baggage that we have to contend with that some other areas across the country can’t quite relate to, especially when it comes to road safety. Some are anecdotal and quirky while others are a bit more of a pain, but all require that we review our automobile insurance for good measure. Let’s review.

Earlier in the season CBC reported on a court case between ICBC and a Smithers BC driver. The story made headlines because of the primary antagonist/protagonist – a big moose. The driver hit the brakes but still ran into a large moose on a remote stretch of highway in northern British Columbia. Both the driver and the beautiful BC beast survived, but the automobile’s brakes were rendered far worse for wear. What ensued was a court case between the driver and ICBC over the cost of the brake repair. In the end, the tribunal sided with the driver. The point of this story however, is that BC drivers have to be more mindful and have their brakes inspected to ensure that they can stop on the drop of a dime, or more specifically at the presence of wildlife common to BC roads.

While BC cannot claim sole ownership of Big Moose & Co, all over BC wildlife are claiming their place on the landscape of the great province.  And, they care little about whether or not it’s packed with mulch or asphalt. For instance, in the southern Okanagan the rural deer population has grown so large that the City of Penticton has had to put in a Deer Management Action Plan to increase resident (and driver) awareness. The Wildlife Collision Prevention Program reports that every year in BC over 10,000 wildlife vehicle collisions occur, resulting in approximately 570 personal injuries and 3 fatalities.

Moving forward, monitor the roads for safety signs regarding wildlife, drive without distraction, and make sure you’re covered with the most comprehensive automobile insurance possible.

It’s a long running belief that BC embraces CBD more than most. Even the United Nations weighed in, reporting that British Columbians lead the way in cannabis use among the driver-age population in Canada at a whopping 23.4 percent. which is nearly 5% greater than the second highest (pun intended) provincial consumer. While this may encourage brands like Oreo and Cheetos to campaign more heavily in BC, it also calls for better driver awareness and more robust automobile insurance coverage. For your convenience, Park Insurance has provided a guide regarding the 5 Things BC Drivers Need to Know About Driving Under the Influence of Cannabis.

With exception of our far northern province brothers and sisters, BC drivers (especially here in the Lower Mainland) have little experience with snow when compared to the rest of the country. So when that one-two centimeters falls it’s not so much the roads that are of concern, but the inexperience behind the wheel. This may be you, this may be others sharing the road with you, or a combination of both. Whichever the case may be we encourage you to review our succinct guide to Winter Safety Driving Tips for BC Drivers.

Apparently BC’s affection for the smartphones not only surpasses that of much of the country, but even their own partners/spouses. A study conducted by BC Hydro finds that about 25 percent of residents between the ages of 25 and 54 said they’d rather to give up seeing their spouse or partner for the day than their phone screen. Smartphone addiction is a real thing and it’s impacting British Columbians outside of the home too, as ICBC reports that among the almost 1000 automobile accidents that occur every day, many are caused by inattentive driving due to mobile phone use. In response, Park Insurance has provided a 5 Step Guide to Keeping You Away from Your Smartphone While Operating a Vehicle. Read and share the article with a driver that you care about to help keep yourself, them, and all BC residents safer on the road.

We can’t stress this point enough – given the unique nature of driving in BC, you need to make sure that you have automobile insurance that is comprehensive enough to consider all of the idiosyncratic safety roadblocks. Contact Park Insurance to schedule a consultation with a broker today.