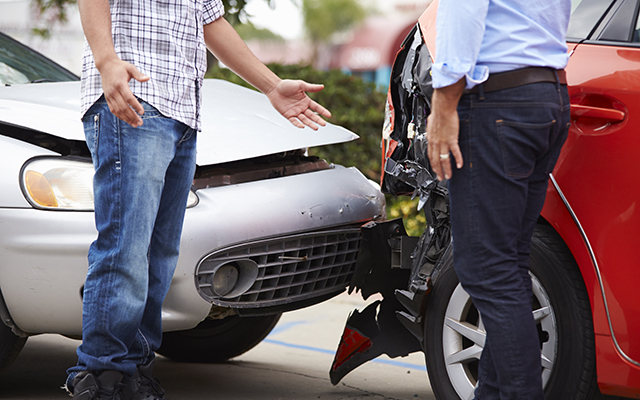 The changes to ICBC’s new insurance rating model caused quite a stir when they were first announced, and now with September 1 (2019) launch date around the corner the provincial government has stepped in to make some amendments to new rules regarding premium calculations. The adjustments were made on May 10, and today, Park Insurance will review the three new Province-mandated updates, which includes first-crash protection for unlisted drivers and more.

When the changes were first made public, some BC drivers were concerned about the new requirement to list all drivers of the automobile in order to allow ICBC to accurately calculate the risk involved. 75 percent of the premium is to be based on the principal driver (you) while the remaining 25 percent is calculated by the risk appended to others drivers listed on your policy. In addition, drivers would need to purchase Unlisted Driver Protection (UDP) – a new $50 fee. Now, the Province has updated the plan to allow policy holders to forgo UDP until after one crash involving an unlisted driver is linked to any of their vehicles. However, drivers will still have the choice to opt into the one-time fee, and they would be remiss to not secure UDP coverage after their vehicle has been involved in motor vehicle accident involving an unlisted driver, as failure to do so could result in thousands of dollars in liabilities.

With the new premium calculations applying 25 percent consideration to other drivers being added to a policy, there is a potential for fraud. Some people may be tempted to add low-risk drivers to their policies in order to reduce their insurance premiums, even if those low-risk drivers will not be using the vehicle/s. Artificially reduced premiums end up costing honest ratepayers more in the long run. In order to mitigate the potential for fraud, the Province has stated that the driving history of low-risk drivers will not be used in calculating the premium for a given vehicle, if said drivers are not census-designated household members, or registered employees (for commercial policies).

The Province has extended the limitation period for repaying previous insurance claims. Policyholders/drivers will now have until August 31, 2020 to decide whether to repay claims made between March 1 (2017) and August 31 (2019). Consider this a one-year grace period that allows drivers the opportunity to gather enough information and become accustomed to the new rating model.

Under the old system, drivers in need of a repair from an accident would be able to look at the claim-related-scale (CRS) and determine exactly how much their premiums would be affected by getting the repair work done. But when the new rules were announced, drivers were left guessing as to how a claim may affect their premiums upon auto insurance renewal. The extension announced last week however, lets drivers calculate whether repaying the claim benefits them by preventing increases to their insurance premiums.

Please remember, the above three updates are simply amendments to the up and coming insurance rating model. We encourage you to reference our article regarding the ICBC’s Changes to How They Determine Insurance Premiums. In addition, given the uncertainty surrounding the new system of determining insurance premiums, it is important that you schedule a consultation with an independent broker before September 1 2019. Contact Park Insurance today.  We’re here to help!